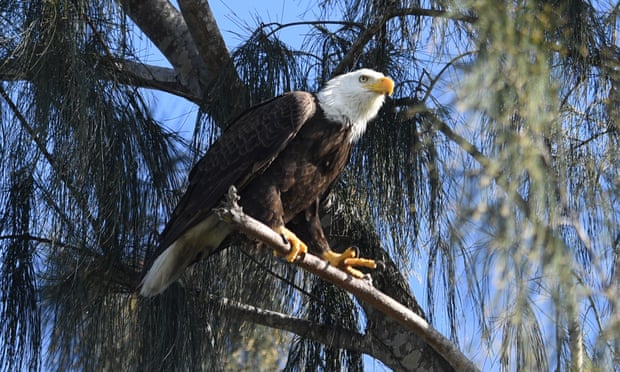 Rat poison has been found in the bodies of an estimated 80% of American eagles, according to a new study from the University of Georgia.

By examining the carcasses of golden and bald eagles found between 2014 and 2018, scientists were able to determine that the majority of them had exposure to poison. That included 96 of 116 bald eagles studied, and 13 of 17 golden eagles.

The poison discovered was anticoagulant rodenticide, which is branded in the US as d-Con or Havoc. Consumption of rats, which are of a major source of food for eagles, is believed by researchers to be responsible for the inadvertent ingestion of the rat poison.

According to Cornell University’s Wildlife Health Lab, blood-thinning anticoagulant rodenticides work by interfering with Vitamin K activation, which is critical in the production of blood clotting in the liver.


If ingested in significant amounts, it can result in spontaneous bleeding, which can be internal or external, and can appear in widespread bruising, bloody urine or feces, and in other ways. In some cases, death from cardiovascular shock can occur.

Mark Ruder, assistant professor at the College of Veterinary Medicine’s Southeastern Cooperative Wildlife Disease Study at UGA, told CNN that the rat poison could linger for years in birds’ bodies.

“Although the exact pathways of exposure remain unclear,” Ruder told CNN, “eagles are likely exposed through their predatory and scavenging activities.”

Scott Edwards, a director of graduate studies and zoology professor at Harvard University, called the use of rat poison to kill rodents unnecessary, and told CNN the poison’s wide usage was responsible for “killing some of our most majestic bird species”.

“Humans need to understand that when those compounds get into the environment, they cause horrible damage to many species, including our national symbol, the bald eagle,” Edwards said.

The slowdown of excessive hunting and insecticide poisoning, which caused a drastic reduction in the eagles’ population in the 1960s, helped their numbers quadruple between 2009 and 2019 to more than 300,000 currently in the US, removing the birds from the endangered species list.

The repopulation was helped by the increased federal regulation by the US Fish and Wildlife Services, along with state and municipal protections such as the Eagle Act, the Migratory Bird Treaty Act and the Lacey Act.

This article was first published by The Guardian on 9 April 2021. Lead Image: An American bald eagle is seen on edge of the Florida Everglades at Pembroke Pines last month. Eagle numbers in the US quadrupled between 2009 and 2019. Photograph: Larry Marano/Rex/Shutterstock.

Puppy Food To Adult Dog Food – When And How To Make That Change?
Arctic biodiversity at risk as world overshoots climate planetary boundary
Cat with Irresistible Smile Hopes People Notice Her While She Waits for Dream Home
Kitten with So Much Sass Trills Her Way into Hearts of Family
Migrating Birds Need Our Help