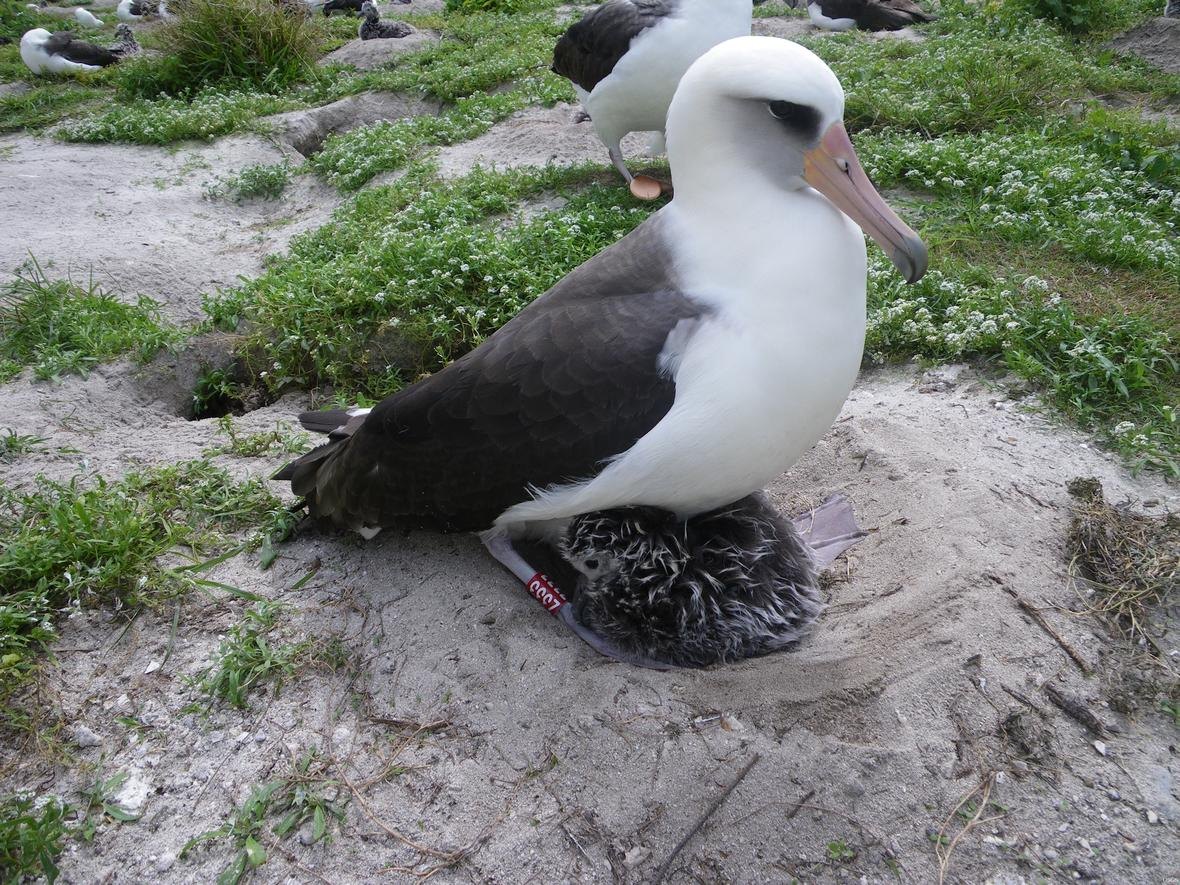 If you were to ask yourself—or a wider range of people—what is the one thing you’d like in your life, it’s probably a long and healthy life. You’d probably add to that a strong and positive outlook going forward. No one would disagree with you. (If they did, it’s probably time to sit down and have an honest and clarifying talk with them, right?) As for birds, they already have the potential for long life. Meet Wisdom the Albatross, who, at 70, has several distinctions to her peers in the wild. The first is that she is the oldest bird in the wild. On top of that, she’s also the oldest banded bird in the wild.

Wisdom is a Laysan Albatross who was estimated at being hatched in 1951. Captured in 1956, she was banded by Chandler Robbins, a scientist with the US Geological Survey. (Wisdom has outlived Mr. Robbins, who died in 2017.) It’s actually possible that Wisdom could be even older, as the scientists who captured her simply estimated her age as being 5 years of age then. But 70 works well for all purposes. In her tracking, scientists have logged a full 3,000,000 miles having been flown by Wisdom since her banding.

What makes Wisdom an interesting bird these days is the fact that she has recently laid and hatched an egg, her possible 36th in a line of successful hatchings at the old age of 70. In fact, it is stated that Wisdom has hatched an egg every year since 2006. This is unusual activity since most albatross birds take a year off between eggs. But not Wisdom. In her aging, she has likely felt the need to leave behind a legacy of family. Her latest egg was laid in late November of 2020 and hatched in February of 2021. Her mate is known as Akeakamai, who has been with Wisdom since 2012. Laysan albatrosses stay in monogamous relationships until the death of a mate force them to attach to another mate.

Wisdom has made the Midway Atoll National Wildlife Refuge her forever home. This refuge is located at the Midway Islands, which is a part of the Hawaiian collection of islands. The Midway Atoll Refuge is part of the larger Papahānaumokuākea Marine National Monument. Wisdom may lift off and fly long treks, but she always comes back to the refuge. In 2011, a 9.0 earthquake and subsequent tsunami impacted the Atoll killing an estimated 2,000 Laysan and black-footed albatrosses. Along with the adults, an unassessed but larger amount of chick hatchlings were also destroyed in the tsunami, which swept six miles inland at a speed nearing 500 mph. Wisdom survived that onslaught of nature.

A Look at Albatrosses

The Laysan Albatross is a small bird much like a seagull in size and appearance. They are largely found in the Hawaiian Islands. They are currently classified as NT (Near Threatened) on the IUCN conservation status list. They are vulnerable to extinction due to a variety of reasons. Chief among them is lead poisoning caused by ingesting lead-based paint chips. These chips are from buildings that the birds nest near. Plans are now underway to strip those buildings and to remove the toxic paint that led to the poisoning of the young.

Wisdom is quite the enduring bird. At 70, she has proven to be resilient in many ways. For that, we can only stand in awe and cheer Wisdom for her accomplishments.