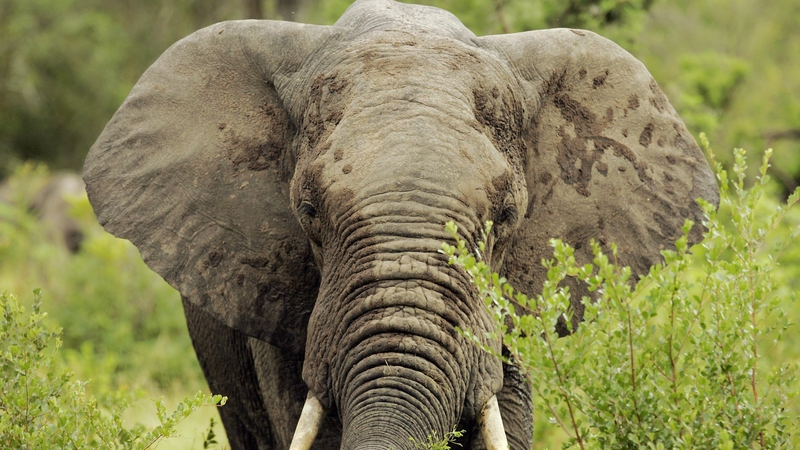 An elephant has trampled a suspected poacher to death in South Africa’s famed Kruger National Park, a spokesman has said.

An elephant stomped one poacher to death while the others fled before any animals were harmed, Mr Phaahla said.

“Initial investigations suspect that the deceased was killed by an elephant and left behind by his accomplices,” he added.

The elephant conveniently spared the man’s cell phone, which rangers have turned over to police to aid their efforts to track down his fellow poachers, he said.

Last year, lions similarly dispatched a poacher in Kruger. That victim’s accomplices called an emergency hotline to report him missing.

Kruger has been hard-hit by poaching, particularly of rhinos. The park reported in February that its rhino population had plunged by 70% over the previous decade, to just under 4,000.

The park has succeeded in cracking down on wildlife crimes over the last two years, thanks to new technology and increased patrols that have helped apprehend suspects before they kill, Mr Phaahla added.

Covid travel restrictions have also given the park a breather.

Kruger has seen a 37% reduction in animals poached compared to last year, he said.

This article was first published by RTE News on 22 October 2021. Lead Image: The mangled body was discovered yesterday during an intelligence operation (File photo).

City told to slaughter 300 kangaroos in grim, ‘money-saving’ plan
Farmers tempt endangered cranes back – by growing their favourite food
Cat Came Back to the Woman Who Helped Her Kittens, Now Waits for Perfect Home with Her Daughter
Truffle-eating marsupial on ‘brink of extinction’
Kitten Turns into Happy Affectionate Shoulder Cat After Family Helps Him See Through Both Eyes