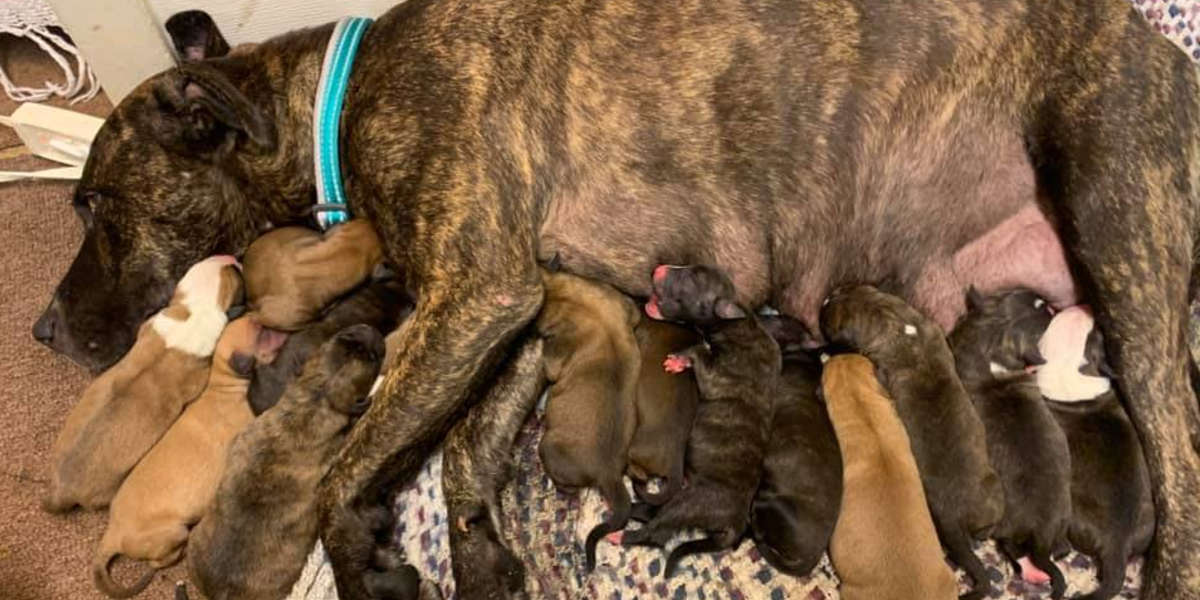 Last month, Stephanie Fikes was on her way to visit a friend when she stopped at a grocery store. In the parking lot, she spotted a brindle pittie mix panting in the sun, and immediately noticed the dog’s large belly.

Worrying that the dog was in labor, she coaxed the pup into her car and continued on her way. Once she arrived at her friend Justin Richie’s home, the two worked to make the dog comfortable — giving her food, water and a cool place to rest. 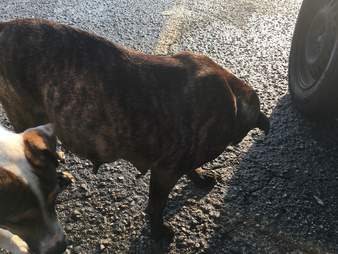 “We took her to the vet the day after she arrived where they found she had no chip. Then they pulled over 20 ticks from her ears and gave her a much-needed flea bath,” Richie told The Dodo. “The vet said she was a healthy pregnant mama, but that it could be anywhere from five minutes to five days before she gave birth.” 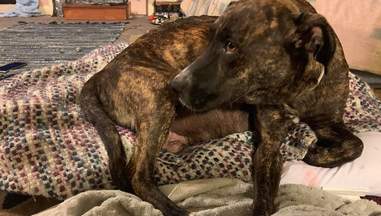 The pair dubbed the dog Lil’ Mama and prepared Richie’s home for the new arrivals. Then, a week after finding the pregnant stray, the friends were watching TV when the dog surprised them both.

“Stephanie was comforting Lil’ Mama when she said, ‘I don’t want to be dramatic but I think that’s a puppy,’” Richie said. “The whole time we were placing bets on how many puppies she would have. I said eight, Steph said 10 … neither of us expected 15!”

“We really didn’t think 15 was that rare until we started telling our friends,” he added. 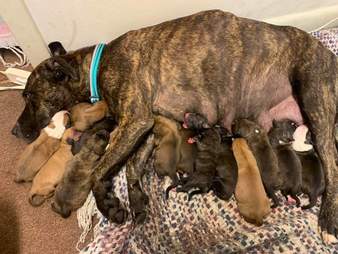 It took nearly an entire day for Lil’ Mama to finish giving birth, and the friends were so happy that all the puppies were delivered safely.

“We are exhausted but feeling so blessed,” Richie said. “They love to eat and since Lil’ Mama only has so many working nipples, we’re constantly rotating or giving formula to someone.” 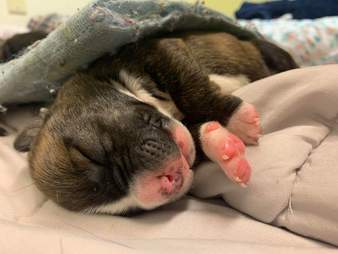 With so many little mouths to feed, Lil’ Mama is grateful for the helping hands and has made herself at home with Richie and Fikes. 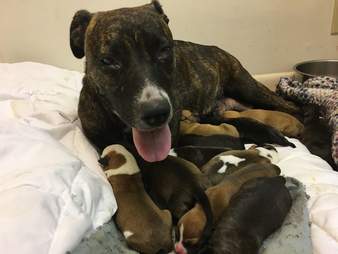 “She wasn’t in good shape when she arrived but she blossomed and began trusting once we filled her with love and food,” Richie said. “She isn’t protective or aggressive towards me or Stephanie at all.”

At just over a week old, the puppies’ main concerns are napping and eating, but Fikes and Richie are already planning out how to handle 15 rambunctious pups running around the house. 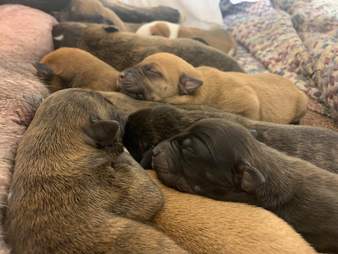 Thanks to social media, the friends already have a list of interested adopters ready to take the puppies when they’re old enough. And they couldn’t be happier that Fikes’ detour to the grocery store changed changed Lil’ Mama’s life — and theirs.

Tories bail out ‘barbaric fox hunters’ with £50,000 cash to survive coronavirus crisis
How Morgan Stanley is linked to deforestation in the Amazon
Stray Cat So Happy to Find Help for Her Kittens After Being Rescued By Kind Neighbor
Stray Cat Gets Help for Her Kittens in the Nick of Time So They Can Thrive
Bolivia’s jaguar seizures down as suspicions rise over new mafia