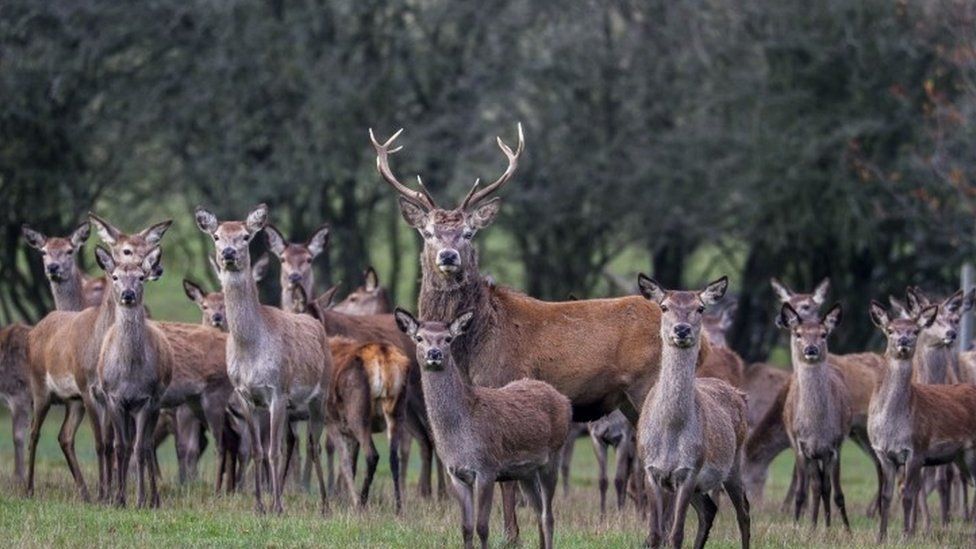 Environment Minister João Fernandes said the killing by 16 Spanish hunters was “vile” and an “environmental crime” that should be prosecuted.

Pictures of the slaughter were shared on social media.

Hunting individual animals is allowed but in this incident most of the zone’s deer population are said to have died.

The killing is thought to have taken place on a farm in the Torrebela tourist hunting zone, near Azambuja, about 40km (24 miles) from the Portuguese capital Lisbon on 17 and 18 December.

The 1,100ha (2,700-acre) farm is described as being walled in, meaning that the 540 animals had no means of escape from their killers.

The Environment Ministry said in a statement on Tuesday that “the reports and news about the indiscriminate slaughter of animals… have nothing to do with hunting, understood as a practice that can contribute to the maintenance of biodiversity and ecosystems”.

This article was first published by BBC News on 25 December 2020. Lead Image: Deer were among the animals slaughtered in central Portugal – PA Media.