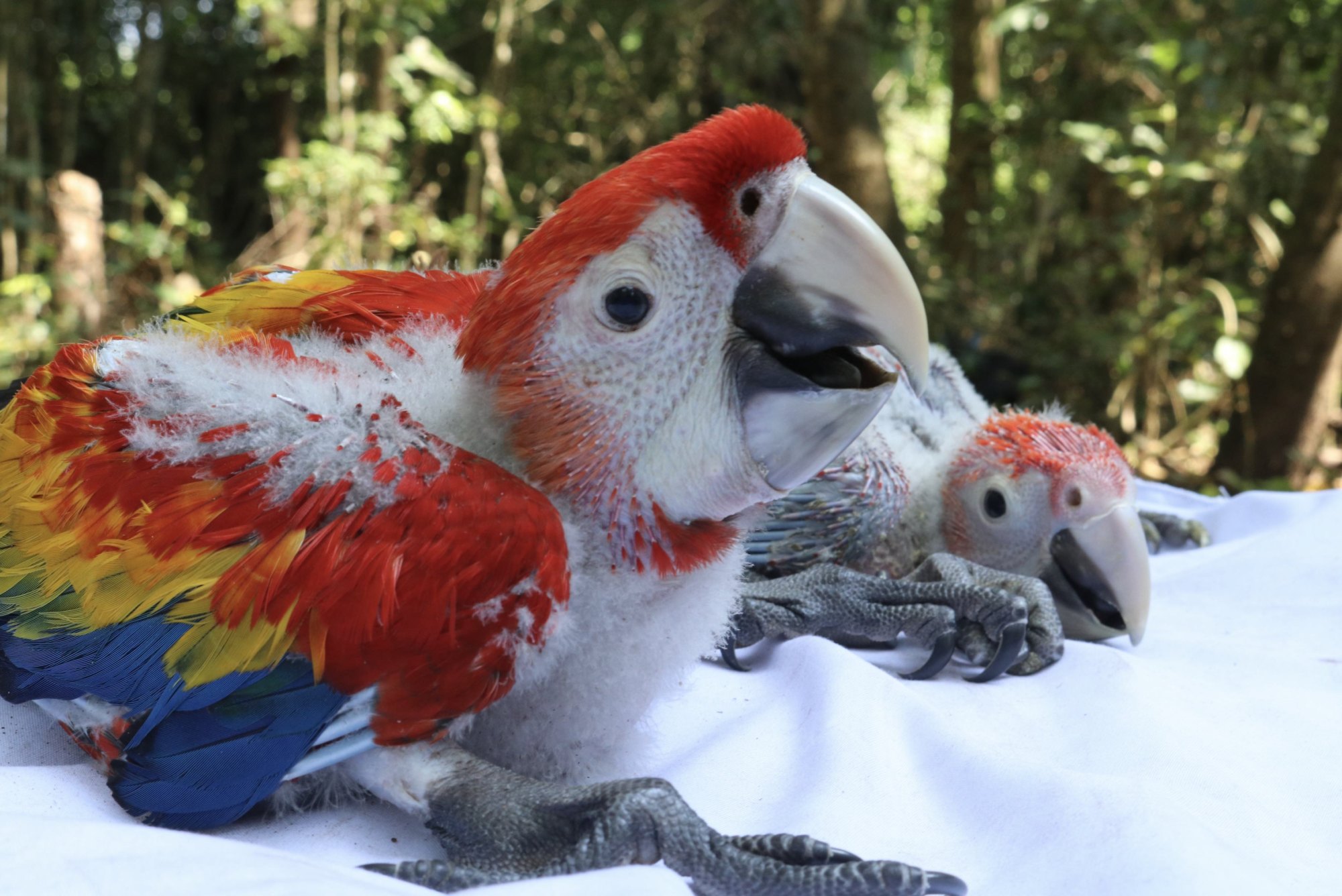 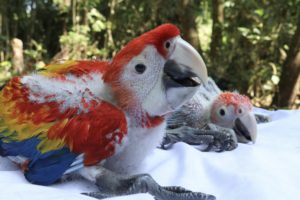 The Maya Biosphere Reserve (MBR) in Guatemala was created in 1990 to protect the tropical forest in Mesoamerica. After the Amazon, Mesoamerica’s Maya Forest is the largest remaining tropical rainforest in the Americas. The MBR is divided into zones with different status levels. The most protected “core zone” covers about 36% of the MBR and is intended to preclude human settlement, logging, or extraction of resources. There are several ancient Mayan cities within this area, and it is part of a tri-national system of contiguous protected areas spanning Guatemala, Belize, and Mexico. It is also home to scarlet macaws. However, this area is facing increased threats due to illegal human settlements, intentional forest fires, oil exploration, and cattle ranching.

While scarlet macaws (Ara macao) in general are not considered high on the IUCN Red List status, the Mesoamerican subspecies (Ara macao cyanoptera) has faced large challenges due to diminishing protections in the “core zone.”  This subspecies is distributed across the Maya Forest and prefers to nest in the Cantemó tree in the Laguna del Tigre National Park, where some of the worst deforestation has occurred.

The Wildlife Conservation Society (WCS), in partnership with the Guatemalan government, is working hard to improve and preserve several major macaw nesting sites in this area. For 19 years they have also monitored fledging rates to determine macaw population growth. WCS works very closely with the community, the key to any successful long-term conservation effort. These education and outreach programs continue to grow community support. 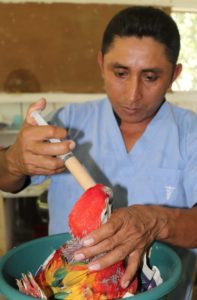 To accelerate recovery of the scarlets in this area, WCS is pulling the low-weight chicks from nests, raising them in a field laboratory, and placing them in foster nests when possible. They are also enlarging possible tree cavities, installing falcon-proof nests, and combatting Africanized bee infestations.

WCS also continues to develop various tracking mechanisms. It appears that the scarlets may migrate several hundred kilometers in different seasons in concert with food sources, rainfall, and nesting behaviors. It is important to understand these migration patterns so that other essential habitats can also be protected. In addition, tracking devices help the field staff to understand survivorship of the fledglings, and if there is a difference between chicks raised by their parents and those raised in the laboratory. 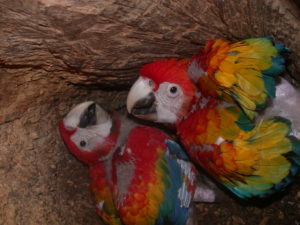 WCS has top-notch scientists working on conservation programs around the world and they produce many important research studies each year. Their mission is to work with indigenous people in order to build sustainable communities for both people and animals.

Lafeber’s $500 GLOBAL PARROT conservation grant this month goes to much-needed supplies for fieldwork to include natural and artificial nests, gasoline, and supplies in the Laguna del Tigre National Park. If you would also like to help, you can make a donation to the Wildlife Conservation Society at https://www.wcs.org.  Let them know it is specifically for its efforts to preserve and increase the scarlet macaw population in Guatemala.