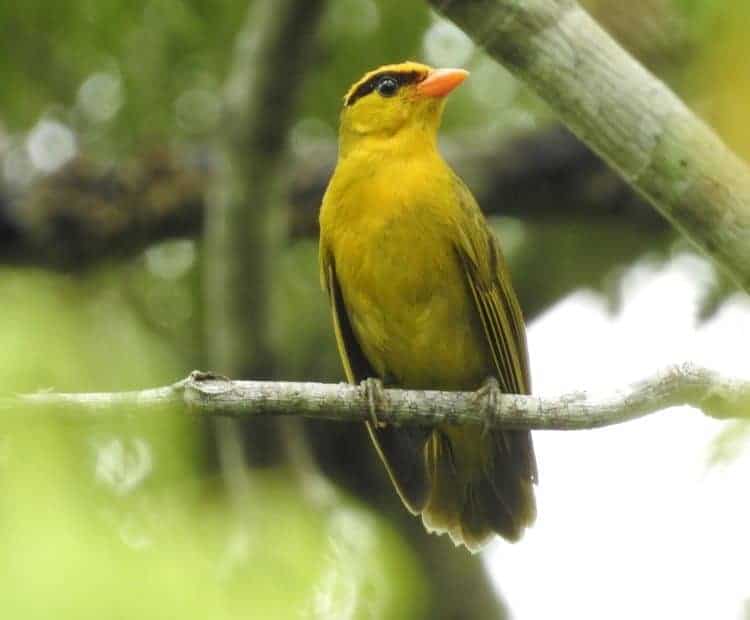 Ornithologists have discovered a new genus and species of tanager on the lower slopes of the Andes in southeastern Peru and western Bolivia.

Tanagers are a large family, Thraupidae, of more than 370 songbird species restricted almost entirely to the American tropics.

It is the second largest family of birds and represents about 4% of all avian species and 12% of the Neotropical birds.

Thraupidae includes some of the most spectacularly colorful birds in the world — such as the paradise tanager (Tangara chilensis) — as well as more drab birds.

“The name Inti is the Quechua — a language indigenous to the region — word that means ‘Sun,’ referring to the bright yellow color of the bird,” said first author Dr. Daniel Lane from the Museum of Natural Science at Louisiana State University and colleagues.

Unlike most new bird species discovered recently, which typically differ only subtly from their closest relatives, the Inti tanager is so different in appearance and genetics that the ornithologists also described a new genus just for it.

“The species was first noted from southeastern Peru in 2000, but little of its natural history was uncovered until the 2011 discovery of a breeding population in deciduous forest in an intermontane valley, the Machariapo valley, in Bolivia,” they said.

The seasonality of this new species at the breeding site in Bolivia led the team to conclude that it is an intra-tropical migrant, meaning it migrates from between patches of habitat without leaving the tropics.

“This is rare among passerines,” said co-author Dr. Ryan Terrill, a postdoctoral researcher in the Moore Laboratory of Zoology at Occidental College.

“The Inti tanager is thought to breed in the deciduous forest at the Bolivian site strictly during the rainy season, which runs from November to March, and spend the dry season dispersed along the lower slopes of the Andes as far west as Manu in Peru, the original site of discovery, occupying bamboo-dominated habitats.”

Male Inti tanagers are canary-yellow birds with a contrasting black stripe on their heads. They also have salmon-pink bills and a bushy crest.

Females are primarily yellow with bright orange or pink on their bills but lack the black eyebrow and the crest.

“That this unique, bright yellow bird could have gone unnoticed by ornithologists until recently attests to the remoteness of the areas where it lives and to the importance of continued biological surveys off-the-grid in South America,” the researchers concluded.

The discovery of the Inti tanager is reported in a paper published in the journal Ornithology.

Victory! After public outcry, there will be no spring bear hunt in Washington
Cat Came Back to the Woman Who Helped Her Kittens, Now Waits for Perfect Home with Her Daughter
Utah Rescue Group & Humane Society Pilot New Program To Sponsor Feral & Stray Cats
Hong Kong Decides to Kill Wild Boars
Truffle-eating marsupial on ‘brink of extinction’