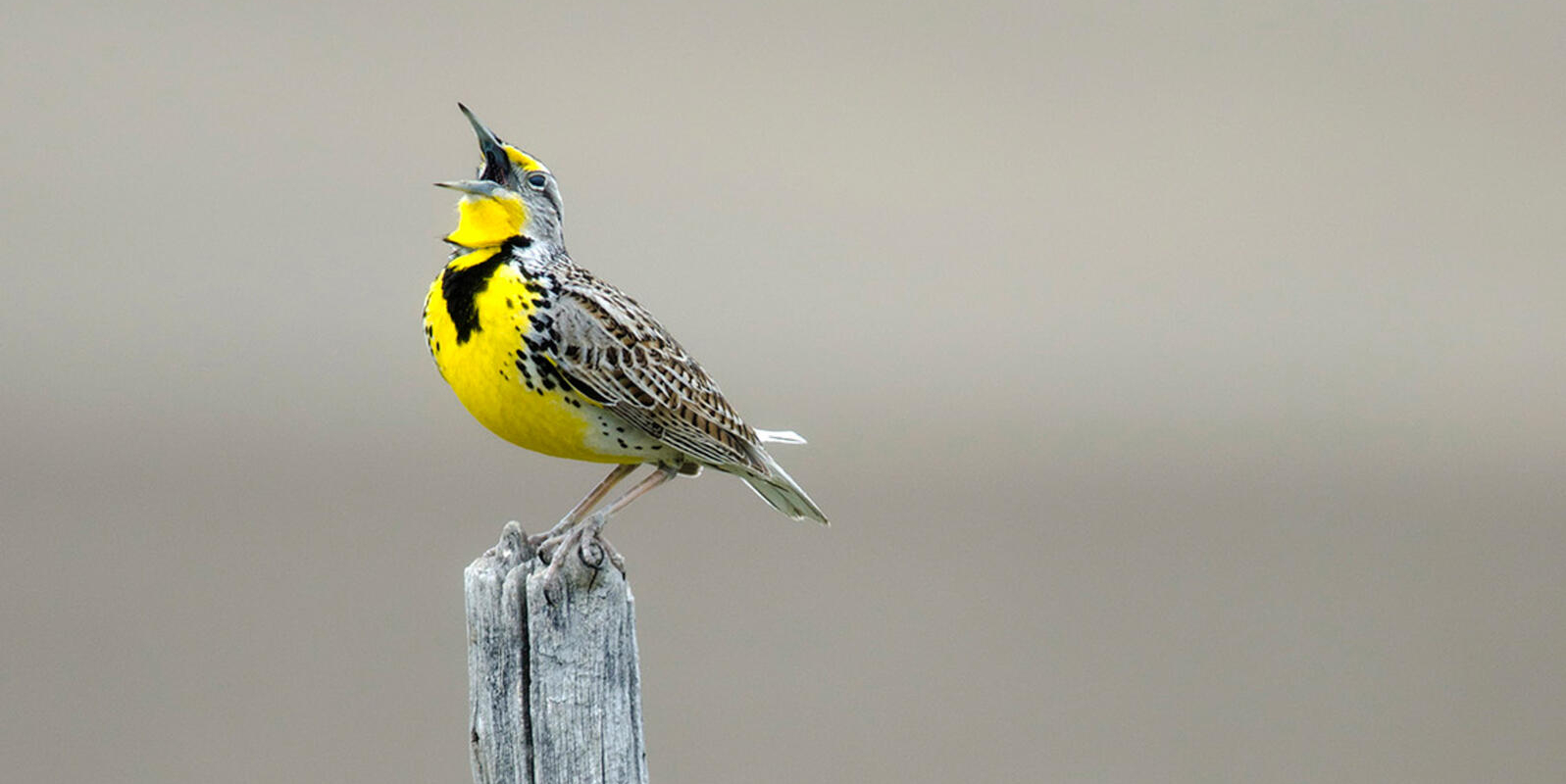 (Sacramento, Calif., February 10, 2021)—California state Sen. John Laird (D-Santa Cruz) today, along with a number of Senate and Assembly coauthors, introduced a groundbreaking bill this week that would offer financial incentives from the California Department of Conservation to ranchers and other private landowners to implement grazing practices that restore grassland habitat, soil health and biodiversity on some of California’s most endangered and sensitive landscapes. Senate Bill 322 would establish the California Conservation Ranching Incentive Program as part of the existing California Farmland Conservancy Program to contract with ranchers on lands deemed especially important to preserving grassland birds and other wildlife.

The program would encourage regenerative agricultural practices similar to those promoted by Audubon’s Conservation Ranching initiative (ACR). The program partners with ranchers to adopt techniques including rotation of pastureland and limited use of feeds other than grass itself. The practices allow a variety of native grasses – with their extensive root systems, a potent carbon sink — to grow and thrive by allowing grasslandss to rest and recover. That, in turn, provides habitat for imperiled grassland birds, whose numbers have declined by 50 percent over the past 100 years. In return, ranchers participating in ACR can brand their meat with Audubon’s “Grazed on bird-friendly land” seal, earning up to $2 per pound more for their premium, grass-fed products. Nationally, ACR has enrolled 96 ranches covering 2.3 million acres of land, and Audubon California is in the process of enrolling 17 properties on 70,000 acres. ACR-certified beef is available for sale nationwide online.

“This is an opportunity to work in partnership with private ranchers to help them not only manage their properties better for birds and wildlife, but to contribute to California’s climate solutions by sequestering carbon in the soil’” said Meghan Hertel, director of land and water conservation for Audubon California. “SB 322 is a game-changer — this legislation recognizes that a significant portion of California’s 61 million acres of rangeland is in private hands, and so farms and ranches must be partners in preserving habitat, maintaining the diversity of our unique species and addressing climate change.”

According to a just-released study from Audubon, tens of millions of migrating land birds rely on ranchland and other open spaces of California’s Central Valley, including 60 percent of all Tree Swallows, 80 percent of Lawrence’s Goldfinches, and numerous other resident and migratory species. However, multiple studies show a steep decline in bird populations that depend on them, in California and beyond. The number of birds in North America has dropped by one-third – three billion individual birds — over the past 50 years, likely due in large part to loss of suitable habitat. At the same time, Audubon research shows that remaining birds face an uncertain future as the continent warms.

About Audubon
The National Audubon Society protects birds and the places they need, today and tomorrow. Audubon works throughout the Americas using science, advocacy, education, and on-the-ground conservation. State programs, nature centers, chapters, and partners give Audubon an unparalleled wingspan that reaches millions of people each year to inform, inspire, and unite diverse communities in conservation action. A nonprofit conservation organization since 1905, Audubon believes in a world in which people and wildlife thrive. Learn more at www.audubon.org and on Facebook, Twitter and Instagram @audubonsociety.

Kitten with Big Eyes But Half the Size, Clings to Family that Saved His Life and Transforms into Gorgeous Cat
Gone fishing: the fight to save one of the world’s most elusive wild cats
Kitten Found in Window Well Wins Over Family that Saved Him, and Blossoms into Beautiful Cat
Cat So Happy to Be Reunited with Her Only Kitten After She Was Brought Back from the Brink
U.S. Fish and Wildlife Service Ignores Biden Executive Order to Review Trump Wolf Delisting