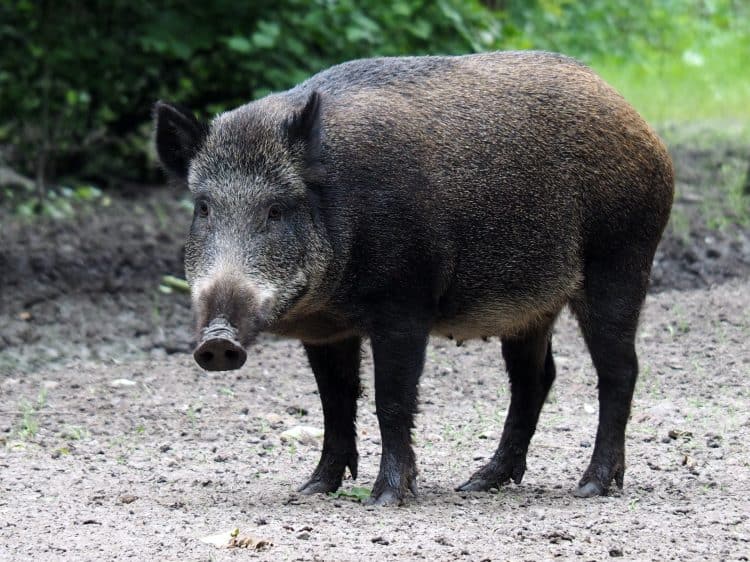 Wild boars are a regular sight in Hong Kong and have been known to roam trails, board transportation, and grab free food from local residents.

Recently, one went too far and gave a police officer a nip in the leg.

The officers launched the boar hunt Wednesday night, which resulted in 7 boars being caught and euthanized.

Although this is a more humane way of discarding the boars than shooting them, it is much different from their past policy, which included neutering the boars and releasing them to remote areas.

Residents have long delighted in the company of these funny companions, feeding them and offering them space to roam. This has resulted in many friendly boars that have become a part of the community.

But boar interactions with humans have been on the rise, leading to negative encounters as they are still wild animals.

Living in a city rather than their natural environment is no doubt, also stressful for these creatures. Yet, the boars have to pay the price of human’s lack of respect for ecosystems and the natural world.

This is the perfect example of the problem with humans encroaching on animal habitats. Not only is it dangerous and unnatural for the animals, but it is also unsafe for the humans who live there.

Dog Aggression Toward People: Causes, Treatment, & Prevention
Kitten Found in the Cold at College, is So Happy to Be Warm and Decides to Seek Affection One Day
Man Accompanies Kitten Until She Feels Better, and Ensures Happily Ever After for Her and Her Sister
Lafeber’s Global Parrot Conservation Spotlight: Echo—The Parrots & People of Bonaire
Kitten is Ready to Leave Storm Drain Life with His Brother and Emerges from Hiding One Day