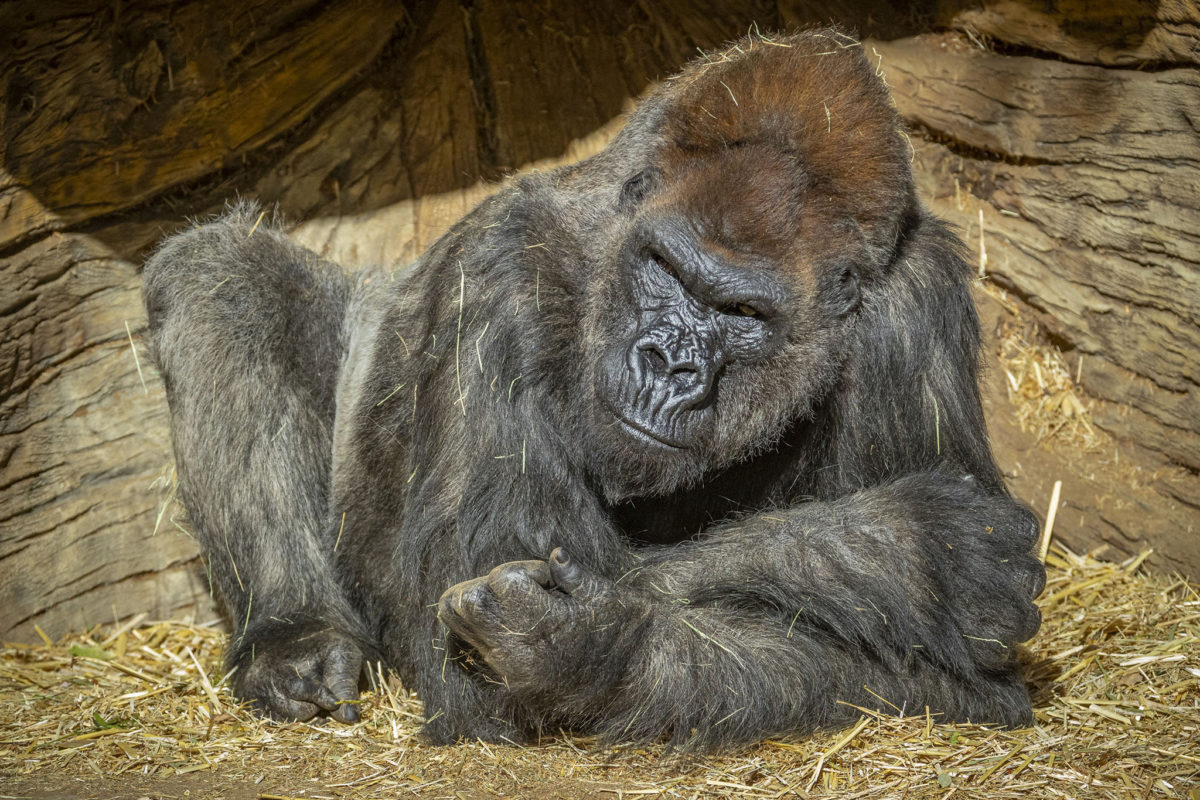 Two gorillas at San Diego Zoo in California have tested positive for COVID-19, in the first reported cases of great apes contracting the novel coronavirus. Three of the primates showed symptoms as of this week, and zoo authorities have not ruled out other troop members also being infected.

Since the pandemic broke out last year, there have been concerns about how the virus might impact great apes; certain viral diseases, including respiratory ones, are known to be transmissible between humans and great apes, which are our closest relatives and some of the world’s most threatened mammals.

“Despite all our efforts and dedication from our team members to protect the wildlife in our care, our gorilla troop has tested positive for SARS-CoV-2,” Lisa Peterson, executive director of the zoo, said in a statement.

The gorillas at the zoo exhibited mild symptoms of the diseases, with congestion and coughing, but the true extent to which the disease might impact them is unknown.


“I am actually surprised it did not happen earlier given how often the virus makes it into other well protected areas such as old people homes,” said Fabian Leendertz, a primate infectious disease ecologist at the Robert Koch Institute in Berlin in an emailed response. “Now it is important to see how severe the disease gets and how it spreads BUT even if the disease remains rather mild, this does NOT mean that it will be the same for wild great apes since here many other factors are present which may lead to more severe disease.”

San Diego Zoo said an asymptomatic staff member might have infected the gorillas.

“The fact that we are just seeing the first evidence of ape exposure now after months of transmission potential for captive and wild apes underscores the importance of proximity, as opposed to contaminated surfaces, as the primary source of infection,” Thomas R. Gillespie, a disease ecologist and conservation biologist at Emory University, said.

Over the past year, sporadic reports of pet animals like cats and dogs catching the virus from humans have emerged, but there is not enough research to pin down the risk to animals.

However, there have been some high-profile outbreaks, with a wave of infections sweeping mink populations in Europe between April and June last year. Their ability to transmit the virus back to humans led to Denmark’s decision to cull 17 million minks in November, a controversial decision that raised a global outcry.

In April, a tiger at Bronx Zoo in New York City contracted the disease, which was also believed to have been transmitted from an asymptomatic caretaker. Later, seven more big cats, four tigers and three lions, also tested positive for COVID-19.

San Diego Zoo has not had any visitors since Dec. 6. It had reopened in June last year, bringing an end to the first closure in its 103-year history. Zoo officials said they were exercising utmost caution to prevent the animals from being infected and to eliminate risks from guests.

However, the news is likely to send alarm bells ringing, especially in Africa, which hosts the only wild populations of gorillas, chimpanzees and bonobos. The only other great ape species, orangutans, are found in southeast Asia. They share more than 95% of the same DNA and are susceptible to many of the same infectious respiratory diseases as humans.

“Confirmation that gorillas are susceptible to SARS-CoV-2 does give us more information about how the pandemic may affect these species in native habitats where they come into contact with humans and human materials,” the zoo said in a statement. “By working with health officials, conservationists, and scientists to document this case, we will be expanding our knowledge about this potential challenge so that we can develop steps to protect gorillas in the forests of Africa.”

In many cases, the efforts to protect these enigmatic species occur in areas with limited resources to implement the full gamut of protection measures.

“We remain very worried, especially given the fast spreading variants of the virus from UK and South Africa,” Leendertz said of the possibility of the disease spreading in wild populations. “Just because we did not get reports about transmissions to the wild (mainly human habituated) great apes, this does not mean we can relax.”

This article by Malavikavyawahare was first published on Mongabay.com on 12 January 2021. Lead Image: A member of the gorilla troop at the San Diego Zoo in California. Image courtesy of San Diego Zoo.

Healthy Oils To Add To Your Dogs Diet
Kitten Bounces Back from Being So Tiny and Becomes Sweetest Friends with One-eyed Cat
Kittens Rescued from the Cold, Befriended Cat that Needed a Buddy, Now They Have Their Dream Come True
The Terrifying Truth: Our Future is Tied to the Future of Sharks
Kitten Found in Window Well Wins Over Family that Saved Him, and Blossoms into Beautiful Cat