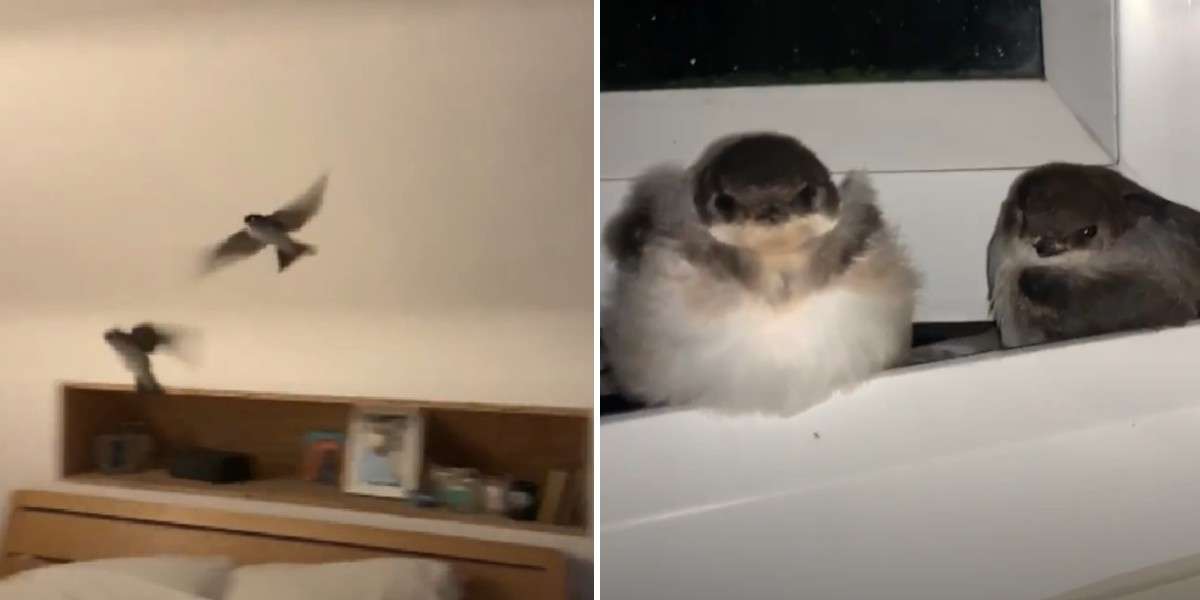 Peter Hayes and his girlfriend left London to be closer to nature, but they had no idea just how close they would get.

During a recent rainstorm, the couple accidentally left their windows open only to discover that a flock of birds had invaded their bedroom. 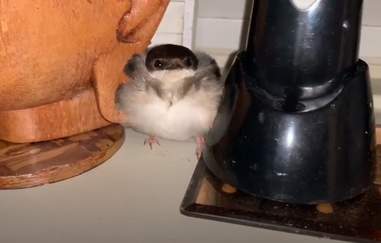 “My girlfriend went to bed and I heard her come back down and she said, ‘I think there is a bird on the windowsill in the bedroom,’” Hayes told The Dodo. “[I] went upstairs, switched the light on and there were lots of birds in the bedroom.”

Hayes eventually counted nine birds in total, with one hiding from the storm under the bed. With a nature sanctuary nearby, Hayes is used to the occasional bird flying through the door, but he’d never seen anything like the Disney moment happening in his bedroom.

Hayes tried to coax the birds outside, but they refused to leave, and his Disney dream quickly turned into a nightmare.

“When I did that they just went mad and flew all over — one went downstairs, the rest settled again all over,” Hayes said. “Eventually, I left them to it, shut the door, and slept in the spare room.”

After a few hours, the storm passed and the birds felt comfortable enough to fly out of Hayes’ bedroom on their own. However, they did leave behind quite a few “presents” on the floor and furniture that Hayes spent the rest of the night cleaning up.

Banff wolves have lower survival rate due to hunting, trapping outside park boundary
Here’s How To Totally Pamper Your Pup For Under $20
Kitten Found Alone on Street, Takes to Tiny Tuxedo Cat Who Was Rejected by His Mom
Kitten Bounces Back on Her Three Paws and Turns Out to Be the Sweetest Companion
Kittens Found Left Behind in Parking Lot, Have Their Lives Turned Around by Kind Couple