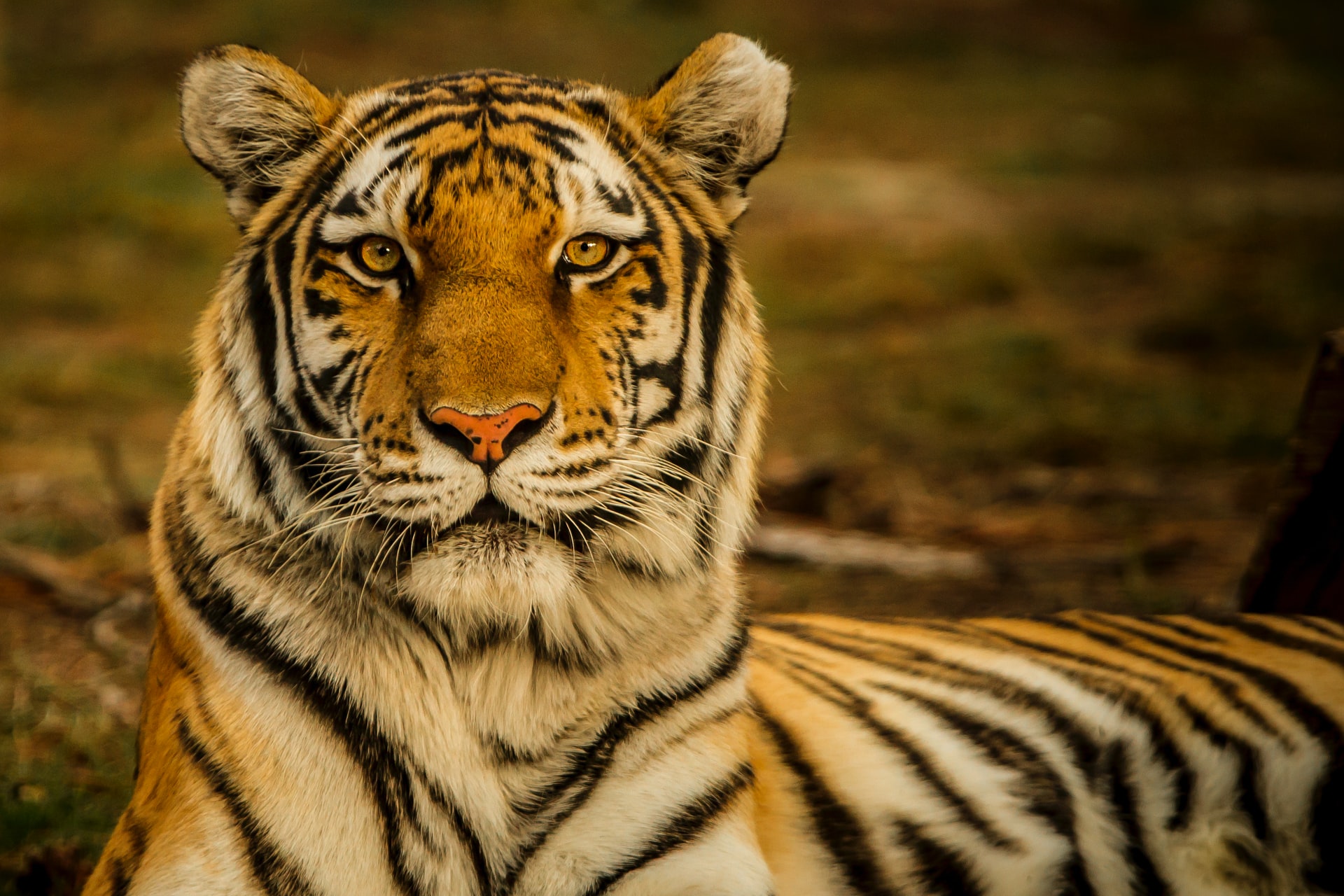 Elsa, a beautiful tiger, is celebrating her very first birthday at the Black Beauty Ranch in Murchison, Texas.

Elsa, was found being kept as a pet by a local in Texas. She was seized in February by local law enforcement after being discovered kept in a cage in the backyard.

She was kept in freezing temperatures with a halter on at all times. She was neglected and kept in a terribly small environment.

Now that she lives at the Black Beauty Ranch sanctuary, she has her own enclosure with plenty of room. Her special enclosure has a pool, trees, hammock, and enrichment tools.

She has also gained over 100 pounds now that she is being properly cared for. As part of her birthday, she was moved from a juvenile enclosure to the one described above. Giving her plenty of room to play and do what tigers do.

Noelle Almrud, the senior director of Black Beauty, said, “At a year old, with a good weight and increasingly appropriate natural wild behaviors, Elsa was ready for her big yard. At first, she was skeptical and kept going back to her attached smaller area for reassurance, but soon she started to explore and climbed to the top of her new platform. Though she wasn’t quite sure yet how to get down.”

Her birthday was grandly celebrated by the sanctuary staff. With a pinata, extra treats, and all kinds of toys.

Texas does not have laws in place to protect exotic animals from becoming pets, and this tiger is proof of that. Anyone can own an exotic pet without legal restrictions, meaning that there are probably more exotic pets out there in need of help.

Exotic animals like tigers were never meant to be pets and cannot be cared for by any individual who wants one. It is a cruel and inhumane practice that needs to become illegal and more public.

Helping Australia’s Gang-Gang Cockatoos Bounceback
Farmers tempt endangered cranes back – by growing their favourite food
Truffle-eating marsupial on ‘brink of extinction’
City told to slaughter 300 kangaroos in grim, ‘money-saving’ plan
Cat Came Back to the Woman Who Helped Her Kittens, Now Waits for Perfect Home with Her Daughter