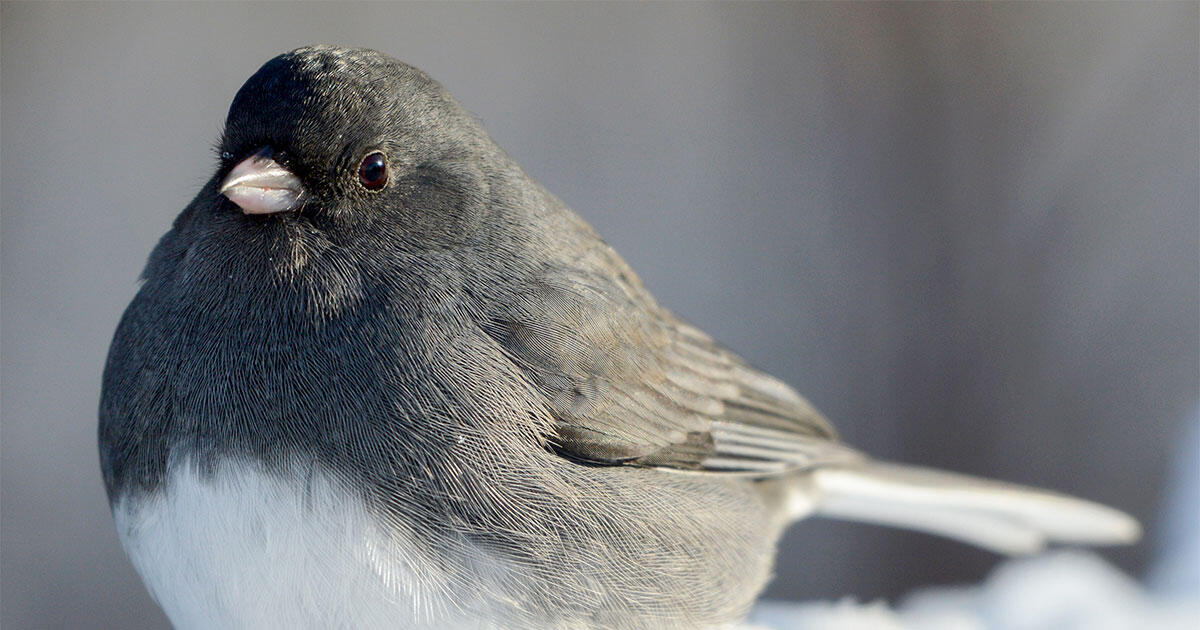 Across much of the U.S. and Canada birders are participating in getting a continental late winter snapshot of the status of birds. Started more than twenty years ago by Audubon and the Cornell Lab of Ornithology and joined by Birds Canada in 2009, the Great Backyard Bird Count invites bird enthusiasts of all kinds to count birds anywhere from February 12-15.

This project is especially helpful for getting more information on monitoring changes in status and distribution of birds that breed in the Boreal Forest region of Canada and Alaska and winter further south in the U.S. and beyond. More than one billion boreal forest breeding birds spend the winter in the U.S., highlighting the critical need for collaboration between Canada and the U.S. in our conservation work.

Species like the Dark-eyed Junco, which has more than eighty-percent of its total breeding population in the boreal forest, are one of the birds seen most regularly by Great Backyard Bird Count participants since most of them winter in the U.S. Another familiar winter bird counted in droves in the Great Backyard Bird Count is the White-throated Sparrow—virtually its entire population winters in the eastern U.S. and more than 80% nest in the boreal forest of Canada. The Golden-crowned Sparrow, also largely confined to the boreal forest during the breeding season, is a familiar bird of backyards and parks in Washington, Oregon and California.

Waterfowl, too, make up a great part of the winter birds counted during Great Backyard Bird Count although not usually in actual backyards since the counts can take place anywhere. Ducks like the black and white patterned Bufflehead and Common Goldeneye are reliant on the boreal forest—more than 80% breed there using old woodpecker cavities as nest sites. Both species are found in open water and coastal locations across the U.S. in winter. The three species of scoters—Black, White-winged, and Surf—are even more reliant on the boreal with 90% of their breeding population in the boreal forest region. All three revel in the surf along the Atlantic and Pacific Coasts of the U.S. in winter.

These and hundreds of other bird species from the Boreal Forest of Canada and Alaska are part of the winter bird communities of the U.S. that the Great Backyard Bird Count will assess.

While hundreds of thousands of volunteer participants are counting Boreal birds in winter during the count, hundreds of Indigenous governments and communities across the boreal forest of Canada are continuing their diligent leadership on the conservation and management futures of their traditional territories. Indigenous governments across the boreal forest have accomplished some of the greatest land conservation activities that protect millions of acres of habitat supporting millions of birds—those same birds that we all enjoy counting during Great Backyard Bird Count down in the lower 48 each February.

We hope you will all participate in counting boreal birds (and all birds) for the Great Backyard Bird Count while also thinking of the boreal lands from where they come that connect nations across the hemisphere.

Kittens from Different Families Found Each Other and Decided They Would Never Be Apart
The Terrifying Truth: Our Future is Tied to the Future of Sharks
Kitten Found in Window Well Wins Over Family that Saved Him, and Blossoms into Beautiful Cat
Kitten with Sweet Face is Given Fighting Chance and Determined to Thrive and Live Full Life
As forests shrink, mammals are stressed out— with possible fallout for humans