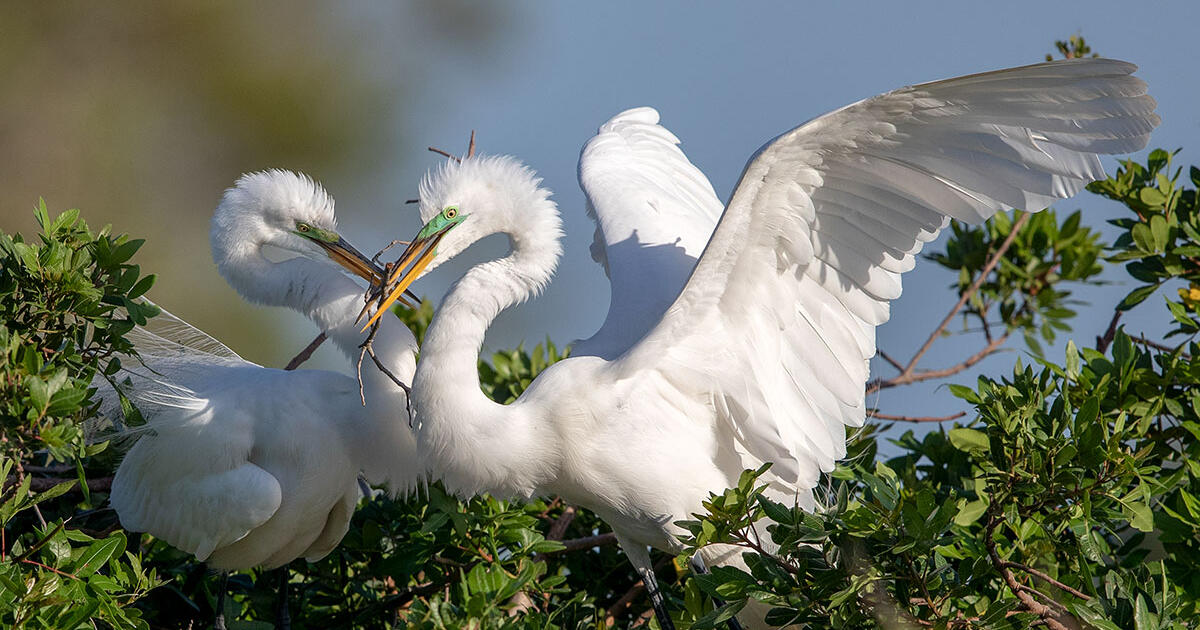 One of the Trump administration’s most controversial environmental rollbacks, finalized just two weeks before President Joe Biden took office, was set to take effect next Monday. But now, that move to dramatically weaken the century-old Migratory Bird Treaty Act is on hold, and wildlife advocates are optimistic that renewed protections for birds are on the way.

Passed in 1918, the MBTA makes it illegal to pursue, hunt, shoot, wound, kill, trap, capture, or collect migratory birds or their eggs or nests—or attempt to do so—without a permit. The Trump rule asserted that the law only applies to intentional killing of birds, despite decades of bipartisan agreement that it also prohibits the unintended but predictable and preventable deaths caused by uncovered oil waste pits, communication towers, and other industrial hazards.

On his first day in office, Biden directed the U.S. Department of the Interior to review the MBTA rule and several other Trump regulations. Now Interior is delaying that rule and will open a new 20-day comment period for the public to weigh in. The Fish and Wildlife Service (FWS), an agency within Interior, says it is requesting comments “on whether the rule should be amended, rescinded, delayed pending further review by the agency, or allowed to go into effect.”

The rule appears unlikely to survive in anything like its current form, given broad public opposition, Interior’s own finding that it could push more bird species onto the endangered list, and a federal judge’s opinion that the legal interpretation underpinning the rule was fundamentally incorrect.

The rule appears unlikely to survive in anything like its current form.

Opponents of the Trump rule expressed relief that it’s been put on hold. “I’m relieved that we’re back in a day when birds matter and the law and treaties matter,” says Paul Schmidt, who from 2003 to 2011 ran the FWS migratory bird program that implements the law. “I think they’re looking to find justification to vacate that rule.”

An FWS notice of the delay says that, based on federal law, the rule’s effective date should have been March 8, not February 8, because major rules require a longer wait period. The agency also says it may further delay the start date, citing the potential impacts of letting it take effect, including harm to birds and strained treaty relations with Canada, a partner country in the MBTA that has expressed strong concerns about the rule.

U.S. District Judge Valerie Caproni this past August struck down the 2017 legal memo from Interior on which the rule was based, calling it “unpersuasive” and warning that it would create an untenable situation in which “migratory birds that delight people and support ecosystems throughout the country will be killed without legal consequence.” Nonetheless, the Trump administration pressed ahead and finalized the rule on January 7, setting off a fresh round of lawsuits that Caproni is assigned to hear.

The Biden Interior Department’s delay is “welcome news for birds and for all the millions of people who care about them,” says Erik Schneider, policy manager for the National Audubon Society, among the groups fighting the Trump rule in court. “It’s absolutely the right move to freeze the rule. It’s an egregious rule and attack on birds. This is a chance to press the pause button and take stock, and we’re hopeful that we will then see the administration move to restore the MBTA.”

Schneider and other advocates are calling for new regulations that not only restore the earlier interpretation of the law but also create a permitting program whereby companies would be protected from legal action as long as they adopt industry best practices to limit harm to birds. They’re also encouraging members of Congress to take back up the Migratory Bird Protection Act (MBPA), a bill proposed last year but not passed, which would accomplish both of those goals.

“The MBTA and its protections are the floor, not the ceiling, of bird conservation,” Schneider says. “The previous administration essentially stripped out the floorboards with its attack on the MBTA and other laws. So getting those protections back is critical, but I think we need to build off of that and quickly expand our conservation efforts if we’re really going to secure our bird populations.”

U.S. Rep. Raúl M. Grijalva, the Arizona Democrat who chairs the House Natural Resources Committee that approved the MBPA legislation last year, issued a press release supporting Interior’s decision to delay and review. “The Trump administration’s rules often weren’t worth the paper they’re printed on,” he said, “and making it easier and cheaper for corporate polluters to kill birds was no exception.”

Kitten Found in Window Well Wins Over Family that Saved Him, and Blossoms into Beautiful Cat
Gone fishing: the fight to save one of the world’s most elusive wild cats
Kitten Born in Shelter as Only Baby, Learns to Be a Cat with Help from a Former Foster
War against Obesity – 4 Simple Ways to Help Fat Dogs & Obese Cats Lose Weight
Kitten with Big Eyes But Half the Size, Clings to Family that Saved His Life and Transforms into Gorgeous Cat