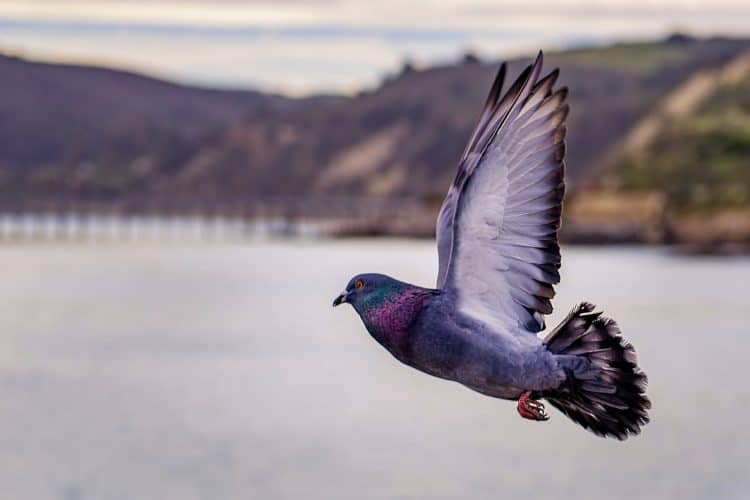 Pigeons are everywhere, walking in the park, flying through the air, sitting on phone lines. You could say they’re part of everyday life. Many people find the presence of pigeons in urban areas annoying, and some even consider them to be dirty pests that should generally be distanced from us. However, pigeons hold an important place in history and have been used for many years by humans for both communication and entertainment.

Pigeons can be trained to do some pretty amazing things and they can even be used to send messages in an emergency. Regardless of their history, pigeons are still common birds and they remain fascinating creatures. Therefore, to help you understand and appreciate them more, here are seven interesting facts about these winged creatures you might not have known before.

Both humans and pigeons enjoy listening to music, but the question is whether or not these creatures can distinguish between classical compositions vs. rock songs? As seen in an article from Pigeonpedia, music likely has a positive effect on pigeons. In one study aiming to show how birds respond to different types of music, six white Carneau pigeons were exposed to five minutes of Hungarian folk tunes and then ten minutes of rock songs by the Beatles. After each session, scientists measured how much food they ate and their behavior in general so they could determine whether or not music affected them in any significant ways. The results showed that when the birds listened to Hungarian melodies, they perked up and started singing along and this caused them to eat more than usual.

Unlike humans, pigeons mate for life. They will choose one partner and remain loyal to them. Once they have mated, both male and female pigeons help to raise their young together. Not only do the males provide food for their chicks, but they also keep watch over them when their mothers leave to feed themselves. Both parents carefully protect their young ones by cooing softly to warn predators of danger. The parents also produce a tasty, jelly-like substance from their crops that they share between themselves and feed to their young ones. This process is known as ‘crop milk and it plays a very important role in the family group. Additionally, if a predator approaches the young during this time, both parents set out to distract them. This process helps to ensure that their babies are kept safe and continues until they’re old enough to leave the nest.

They Can See Ultraviolet Light

Pigeons can see ultraviolet light which makes them different from humans and most other animals. This enables pigeons to better locate nectar-producing flowers and water when they’re flying over open areas in search of food sources. For many years scientists thought that pigeons probably couldn’t see colors at all because their eyes appeared similar to those of humans who cannot distinguish between near-ultraviolet ranges of the spectrum. However, anatomical studies have shown that pigeons possess four types of color cones in their eyes which are likely to enable them to see both visible and ultraviolet light. This is an amazing adaptation that allows pigeons to have excellent vision during daylight hours. Pigeons also have an impressive long-distance vision that enables them to see objects clearly at a much greater range than humans can.

Pigeons Have Been Used By The Military For Many Years

For thousands of years, pigeons have been used by humans to send messages. During World War I and II, for example, pigeons helped military personnel communicate with one another when radios and telephone connections were not an option. Military officials back then would attach written messages to a pigeon’s leg and let it fly home. The birds were trained to return to their owners or handlers no matter where they might be located on the battlefield so as long as they could find somewhere safe from enemy fire. These birds were very successful at carrying messages because they traveled much faster than foot soldiers who were often slowed down by rough terrains such as deserts, mountains, or jungles. Pigeons offered a quick solution that saved lives during times of war and enabled troops to stay safe on the battlefield.

Pigeons Are Capable Of Complex Problem-Solving

Pigeons are incredibly intelligent and they’re capable of solving difficult problems. They can even imitate human behavior and modify their actions to complete a task successfully. One example is when scientists gave pigeons a task where they had to pull strings to gain food rewards. After being rewarded for pulling on one string as it was presented as a positive stimulus, the birds learned that if they pulled the string which had been previously associated with receiving food rewards then more treats would be provided. Therefore, it’s likely that these creatures have excellent spatial memory because they memorize where food sources exist so they can return to them later. Another study conducted using pigeons as test subjects showed that they can learn tasks such as pressing levers to receive food rewards even when the levers don’t produce any results.

Pigeons Can Pass The “Mirror Test”

Humans first passed the “mirror test” back in 1979 when they proved that they recognized themselves by using a mirror. Since then, many other species have also proven that they can pass this test too including apes, monkeys, elephants, and dolphins just to name a few. Now pigeons are on this list of intelligent creatures because researchers have discovered that they’re able to use mirrors as well. Scientists conducted several experiments which involved placing pigeons inside an enclosure where two side-by-side images were projected onto screens with one being reflected off of a mirror. When the birds looked at their reflections in the mirror, they didn’t appear distorted which meant that they were able to recognize themselves easily. Since pigeons pass this test, it’s clear that birds are highly intelligent and they’re not as simple-minded as some might think.

Orange Kitten Hops the Fence to Join Litter of Smaller Kittens and Decides to Help Raise Them
Cat Came Back to the Woman Who Helped Her Kittens, Now Waits for Perfect Home with Her Daughter
Celeb Pets: Jennifer Garner Posts Adorable Video Bathing Her Cat After a Little Accident
Helping Australia’s Gang-Gang Cockatoos Bounceback
Jaguars in Mexico are growing in number, a promising sign that national conservation strategies are working